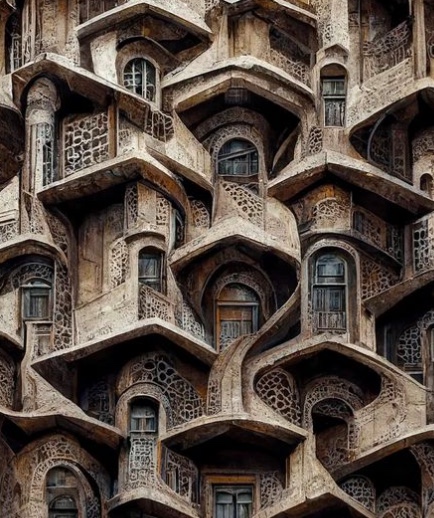 A quote for every minute of the day: This literature clock is wonderful.

American grocery store coffees ranked (many of these are also available in Canadian stores) My palate is undiscriminating; I once did a coffee tasting and after the first two I could not taste the subtleties.

In The Mirror of Maya Deren: A full documentary about the most important and innovative avant-garde filmmaker in the history of American cinema.

Just a German musician and his band of monkeys  Sorry, link not working.

This middle school boy will probably grow into Mr. Nag who delights in baring his limbs to the elements all year round.  Link

Let's buy the village of Salto de Castro in Spain. For €260,000 we can have 44 homes, a bar, a school, barracks and a church inside Spain’s Arribes del Duero Natural Park. Who's in?

If Twitter implodes this is what I will miss.

I'd be stupid to stop now Dave Watson, has been collecting copies of UK No 1 hits since the late 1980s; today, he owns all 1,404 UK No 1 singles, reaching back to the birth of the charts in 1952. (via Perfect for Roquefort Cheese)

Real Life Dramas, a series by Mary Frey, appears to be documentary but the photographs are entirely preconceived and set-up. The texts, which are photographically generated, appropriate the language of popular dime store fiction. (via TMN)

It's a tough job and no one should have to do it: How working on prison executions harms people and changes their views

The Belousov-Zhabotinsky Oscillating Reaction (Thanks Bruce)

Reimagining Emily Dickinson - lovely: I felt a funeral in my brain

Leaving Twitter because Musk sucks? Why You Should Archive and Lock Down Your Data (NYT Link)

The CP Holiday Train is on the move through Canada and the US starting November 22. It may be coming to a city near you.

How to move a country Fiji's radical plan to relocate dozens of villages.