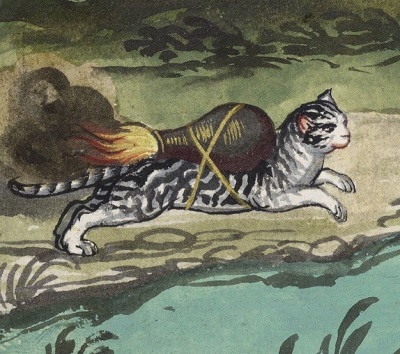 My garden is lacking one thing: This Fountain

Oh my! Cinetimes has free movies from YouTube, Archive.org, DailyMotion and Vimeo with a Netflix like interface.

They didn't always look so glamorous: Giving the Kardashians their old faces back

I'd like to do this: The island walk is a new 700km route that circles Prince Edward Island, Canada's smallest province.

Here are the meanest lines from the Times review of Jared Kushner's book.

Ways to reduce waste: these shoes dissolve in boiling water when baby has outgrown them

This is magnificent: One of the most important church buildings of the 20th century, The Mariendom in the pilgrimage town of Neviges in Germany, is one of the most famous works of architect Gottfried Böhm.

OneLook Reverse Dictionary and Thesaurus Enter a word, phrase, description, or pattern to find synonyms, related words, and much more. (Thanks Bruce!)

Video essay: What Made Better Call Saul a Master Class in Visual Storytelling

Against the Tide is a short documentary about Gill who decided to move to a small Scottish island after a relationship breakup.
Bulletproof Ointment: Inventor Percy Terry of Los Angeles believed that he had perfected an ointment that would toughen the skin so much that it would become bulletproof.
The Best Way to Cook Salmon I love salmon and my favourite way to cook it is in a parchment envelope. This article suggests a better way.

There is a Japanese belief that people who are destined to meet are united by a red thread tied with an indivisible knot to the little finger. A married couple discovers they were photographed together 10 years before they met.

The heat of summer always makes me more aware of the trees around me as I seek a bit of cooling shade. Mona Chalabi’s site-specific installation at the entrance to the Brooklyn Museum brings a smile to my face.

Seal breaks into New Zealand home, traumatises cat and hangs out on couch

Tears Of A Cloud A short video that mocks the use of designer water. (Previously posted here in 2008)