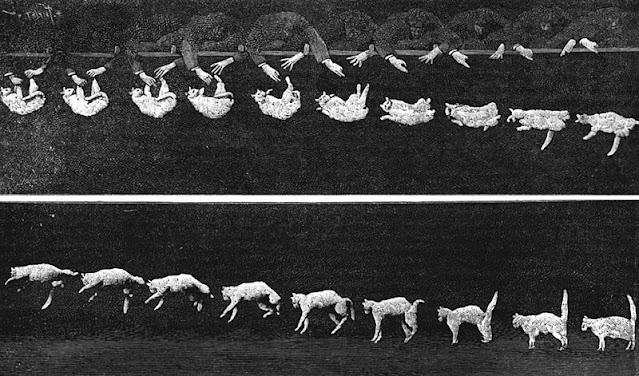 Renowned French physiologist Étienne-Jules Marey was also a pioneer of photography and was influential in the history of cinema. The first motion picture to feature a live cat is believed to be his 1894 short where he drops an inverted feline to watch it land on its feet.  Marey created the chronophotographic gun which could  take twelve consecutive frames a second. This enabled him to study a cat which was dropped from a height in order to see if it always landed on its feet.
Via  Futility Closet
(More: Cat Righting Reflex)
Email Post