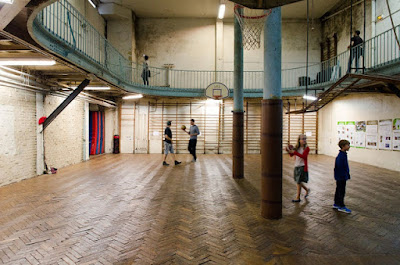 The Kentucky Cardinal, a bourbon-centric cocktail named after the nightly train service that once connected Chicago to Kentucky. Bottoms up!

Back in the USSR by doll photographer Lara Vychuzhanina

You might never be a Nobel Prize winner but you can eat like one: This Restaurant in Sweden Offers Every Meal Served at the Nobel Banquet Since 1922

Tipsy, the Expert Midtown Mouser Who Helped Police Solve a Murder Two weeks after the body of an unidentified woman was discovered in a Connecticut mill pond, a cat helped police find the murder weapon in the East 40th Street apartment where the woman had been killed. Via

The community of the deodars: Altadena’s Christmas Tree Lane

Repairing a hand-knit sock with a knit-in-place patch You're welcome.

A decade of destruction in New York City  Via PfRC

A Drive Around Lake Michigan in November, Searching for One Thing or Another

The Last Shakers? The last members of the celibate sect whose population has been in decline since the Civil War.

The adorable Thorne Rooms at the Art Institute of Chicago are decorated for Christmas. Link

When a DNA Test Says You’re a Younger Man, Who Lives 5,000 Miles Away  Mr. Long had become a chimera, the technical term for the rare person with two sets of DNA.

The story of these children was horrifying. For some it didn't get much better. Ceausescu's Orphans 30 years later
Email Post