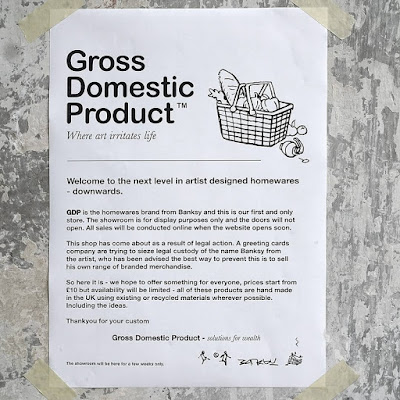 
"The fireplace and stenciled jacquard wallpaper from his Walled Off Hotel, the stab-proof Union Jack vest he created for Stormzy to wear at the Glastonbury Festival, and the Basquiat-inspired ferris wheel that appeared outside the Barbican all appear in GDP."