A rare piece of Nazi machinery used by Adolf Hitler to communicate with his generals during World War II has been discovered. 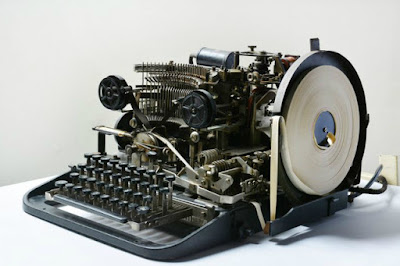 Almost 80 years since the Lorenz teleprinter was used to complete an intricate Nazi coding machine known as the Lorenz cipher, a woman in the UK suburb of Essex found it in her shed. Mistaking it for an ancient telegram machine, the owner placed an ad for it on eBay and the National Museum of Computing (NMC) purchased it for just £9.50.
Once it was cleaned at the NMC’s site in Bletchley Park a swastika detailing on the device, and a special key for the runic Waffen-SS insignia were discovered.