The Bild Lilli Doll was based on the German comic-strip character, Lilli, a seductive gold digger. The cartoon character was created by artist Reinhard Beuthien for the Hamburg-based tabloid, Bild-Zeitung. The slightly risqué doll was designed as an adult novelty that was often given out as a bachelor party gag gift and dangled from a car’s rearview mirror. 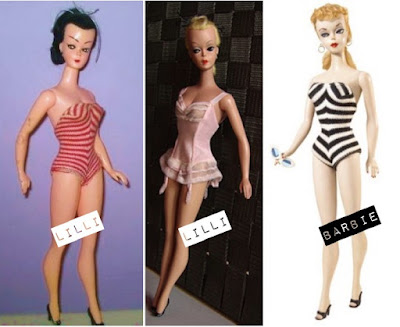 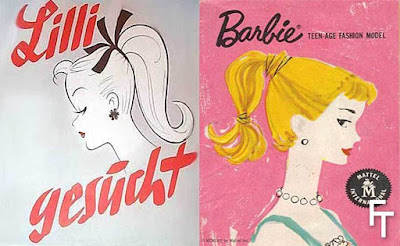 Ruth Handler, one of Mattel's founders, bought some of the Lilli dolls when she was on a trip to Europe. She reworked the design of the doll and renamed her Barbie, who debuted at the New York toy fair on March 9, 1959. The rest is history.