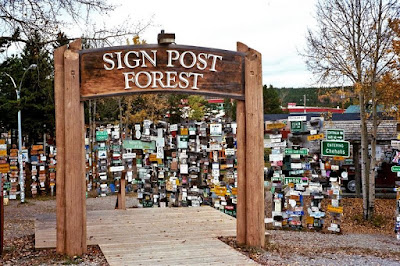 Image credit
In the 1940s when the Alaska Highway was being built it was common practice for the US Army of Engineers to put up a directional post at their camps giving directions and mileage to places both nearby and faraway. When Private Carl K. Lindley was recuperating at the Army Aid Station he was given the task of repairing and repainting the directional post. Being homesick he decided to add a sign pointing towards his home town, Danville, Illinois. Others added signs pointing to other places and a tradition developed. Since then the single signpost has grown to a forest a couple of acres in size with signs added by people from all over the world. 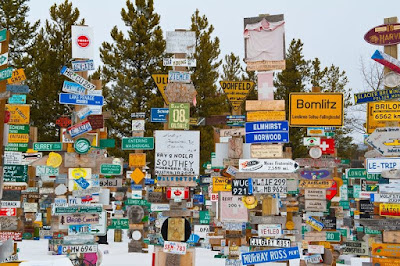