So Long To The Most Weird And Wonderful Office In Parliament


Many New Democrat MPs lost their seats in the recent federal election but no one expected Peter Stoffer, beloved MP for Sackville-Eastern Shore in Nova Scotia, to lose his. After eighteen years he will be clearing out his Parliament Hill office that is more of a Canuck man-cave than a parliamentarian's workplace. A visit to his office typically began with three shots at his dart board, perhaps a game of pool amid the floor to ceiling hats, pins and buttons and, of course, a bevvy or two. 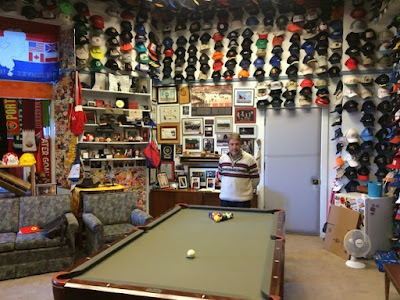 Many people of all political stripes have enjoyed his hospitality over the years. In typical generous Stoffer fashion he is now selling off the paraphernalia and donating the proceeds to charity: