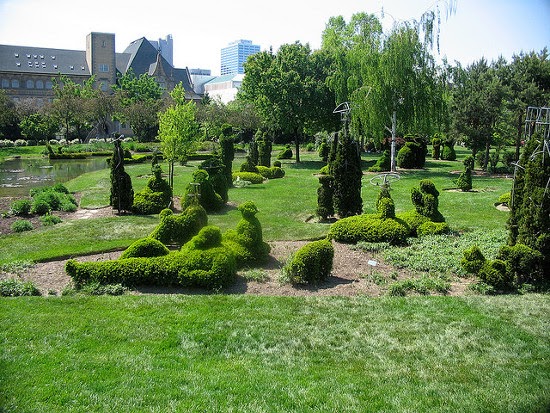 Image Source
Columbus artist James T. Mason produced the visionary concept that would eventually become a topiary park in Columbus, Ohio. In 1988 Mason created the frames that coax the yew trees into their current shapes and in 1992 his vision was fully realized. There are fifty-four figures, eight boats, three dogs, and a monkey. The topiary above was inspired by the pointillist painting A Sunday Afternoon on the Island of La Grande Jatte by French artist Georges Seurat. 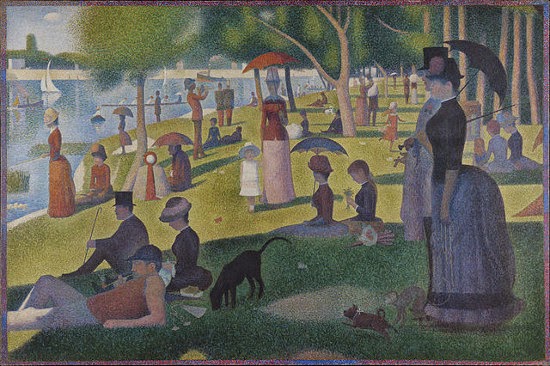