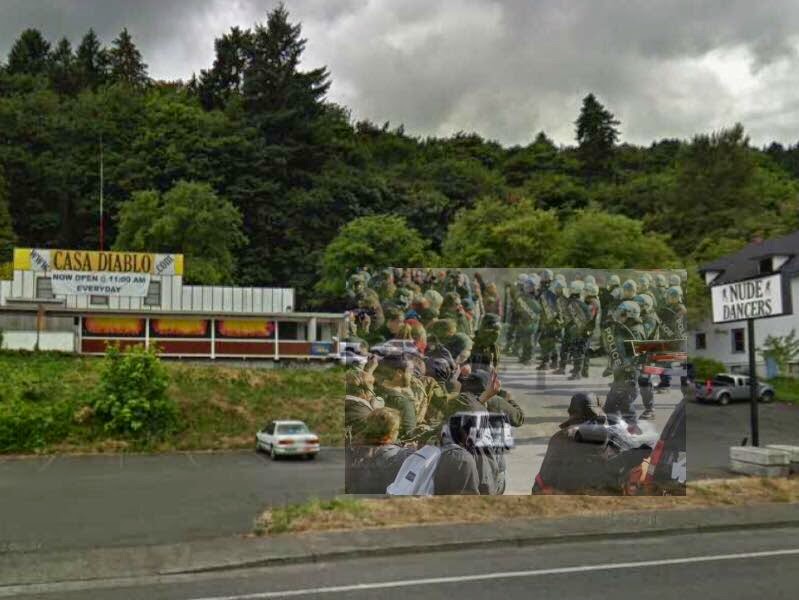 The article reads like satire but Portland's Casa Diablo is indeed a vegan strip club. It serves vegan food, and does not permit dancers to wear fur, leather, feathers, or wool when performing.

Apparently all hell broke loose when the club held its first ever Black Friday sale Nov. 28, and patrons of the Northwest Portland establishment got into a brawl over 59 cent a minute lap dances, despite the club’s attempt to be prepared by having 24 dancers available that morning.

35 people were arrested and 3 others were treated for minor injuries.


“We don’t normally have much trouble here at Casa Diablo,” said club manager Renewable Rhonda. “I mean, the biggest incident we’ve had since we opened was a patron who had a little too much to drink, and demanded a refund on his lap dance when he realized Wendy Wheatgrass wasn’t wearing a fair-trade garter. But this, this is just crazy!”