D-Day: Then and Now 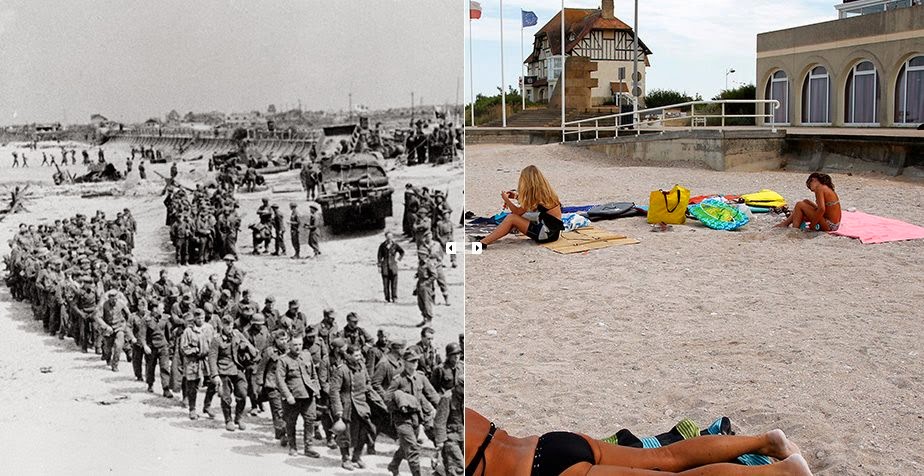 Seventy years ago the Allied troops stormed the beaches of Normandy in what would be a decisive turning point in the Second World War. A few weeks ago Mr. Nag and I were in Normandy to visit the grave of his uncle who had died in the Battle of Falaise in WW2. Sadly, none of the family had ever visited his final resting place. Our visit to the Canadian Cemetery in Cinteaux was very moving. It was a beautiful day and we were the only ones there.

CBC.ca has posted an interactive feature that shows photos taken during in 1944 juxtaposed with current photos of the same sites. Check it out.