In 1973 the government of the North West Territories decided that it needed to battle alcoholism among native groups, so it commissioned Captain Alcohol comics. 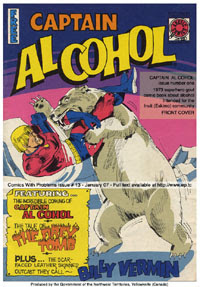 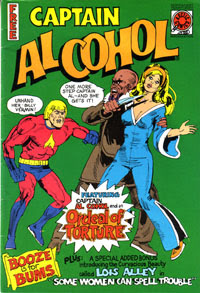 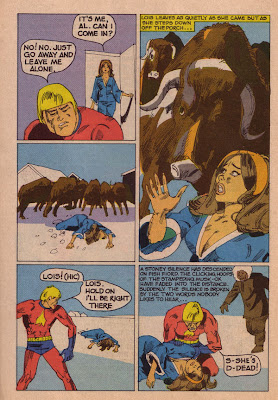 Captain Al comes from the planet Barkelda, almost a utopia except that the Barkelda civilization never learned to control the use of alcohol. Read the entire first issue here
Produced by Arctic Comics for the Department of Information for the Department of Social Development, Government of the Northwest Territories, Yellowknife, Northwest Territories. With story/design/artwork by Art Sorensen, Phil Clark and Dale Austin.
Via Shrine of Dreams
Posted by The Nag at 9/26/2011

Email ThisBlogThis!Share to TwitterShare to FacebookShare to Pinterest
Labels: comics